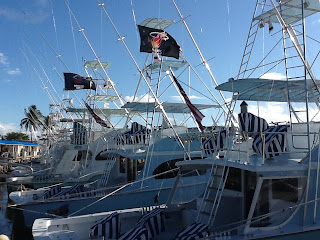 Miami is used to scorching heat during the summer, but there’s a completely different kind of “Heat” on everyone’s mind. The Miami Heat are just one game away from clinching the NBA finals and the local tension is palpable. The streets are filled with people honking their horns, every man woman and child is decorated with Miami Heat paraphernalia. The city of Miami has not seen hysteria like this since maybe the University of Miami’s famous title runs in the early 90’s. The Miami Heat did win several years ago but this year’s team has garnered so much media attention – this championship is simply different.

The THERAPY-IV and Captain Stan Saffan have been wholeheartedly behind the team – not just in fan support but also through tangible commitment. Captain Stan has offered LeBron James, Dwayne Wade, the entire Miami Heat Team, Coach Erik Spoelstra and even the mascot Burnie, a free trip on The THERAPY-IV in honor of their incredible performances. The THERAPY-IV consists of two deep sea fishing Miami charter yachts that go out twice-a-day out of Haulover Marina. The boats are fully equipped with flat screen televisions, state-of-the-art fishing equipment, and indoor bar. The offer continues to stand as the finals come to an inevitable dramatic conclusion.

The Miami Heat have one more game to win to prove the critics wrong, to fill the city of Miami with hope and give Miamians yet another reason to celebrate. It is difficult to describe to anyone outside of Miami what a metamorphosis this team has created. We’re a city with rampant unemployment, an imploded housing market with hundreds of families falling out of the middle class, however, all the city’s woes are forgotten with every win the Miami Heat have during this series. Thursday night, LeBron James, Dwayne Wade and the Miami Heat organization have an opportunity to deliver a huge jolt of enthusiasm, pride and victory into a city that has suffered the last couple years. The excitement is more than just sports fanaticism - it’s Miami pride!

Posted by Captain Stan Saffan at 9:47 AM