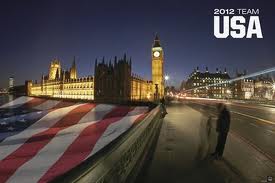 The THERAPY-IV has been closely following stories leading up to the 2012 London Summer Olympics – and it’s finally here. The Olympics kicked off literally with US Women’s Soccer Team playing France in the first game of the tournament. Team USA was down two in the first half but made and impressive comeback to win the game 4-2. Team USA’s exciting performance is making everyone wonder if the US team sports will win out all the way.

The THERAPY-IV will continue covering Olympics with news, editorial pieces and more. Feel free to share with us and head over to the Haulover Marina for some quality deep sea or Miami inshore fishing.

The category of Olympic team sports is larger than most people think; with obscure sports like badminton and field hockey – the amount of Team USA teams are numerous. Most people think of basketball, soccer and gymnastics being the biggest sports. Team USA does have the potential of winning in all three of these areas and some other team sports we have yet to dominate.

The THERAPY-IV has already expressed its confidence in the Team USA basketball team which has performed well in pre-tournament warm-ups. The team is led by LeBron James who, along with being the best basketball player in the world, is a beloved figure here in South Florida.

The gymnastics team gets a lot of attention in this tournament. It’s a field traditionally dominated by Russia, China and the US. But more and more countries are working their way into the top levels of competition making each Olympics more of a “toss up”. We are going to “go out on a limb” and state that the US will take the team gymnastics gold.

Lastly, the three time Olympic Champion US Women’s soccer team is looking for gold once more. The US typically does well in the Olympics, but with recent losses to Japan who is also in the tournament – some question if the US can make it back on top of the podium this year. The THERAPY-IV fully supports our female soccer players and have full confidence they will also win gold.

Posted by Captain Stan Saffan at 9:47 AM