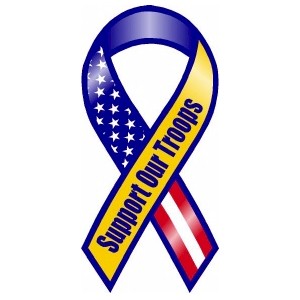 The support for our troops should be all year around every year as long as we are Americans. The troops serve and protect our freedom everyday all year round as they put their lives on the line. There are times in which we further recognize our troops in times of war and other conflicts that may happen. The event of 9/11 was a time in which we as American citizens gave plenty of support to our troops. The THERAPY-IV crew within the Haulover Marina would like to remind us that the troops should be continuously supported.

The THERAPY-IV crews hold an abundance of patriotism as they actively support the troops whether the country is going through war or not. It is easy to only support the troops when their service is brought to one’s attention. The United State military does not only go to war when needed as they perform other tasks. The country is protected by the troops constantly preventing future conflicts around the world. The military’s job to be proactive and stop future conflicts is what has lead to the many years of peace that American has experience. America has been fortunate to experience a mass amount of year’s peace, especially within the country. There are battles, conflicts and potential wars that most of us as American citizens are not aware of. Those within the Haulover Marina along with other resorts, business, school, and households continue to show their support for our troops.

The event of 9/11 caused uproar in the country as we united as one for a single cause. This event had us appreciate and support our soldiers further than we have in years previous. Eleven years later those of the THERAPY-IV encourage us to continue our support for the troops the serve and protect us to this day.
Posted by Captain Stan Saffan at 12:57 PM