Super Bowl Match Set – Who Will You Root for? 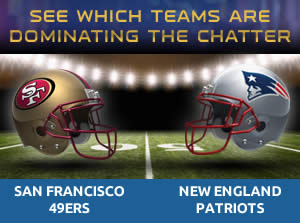 NFL Championship games were played yesterday and the Super Bowl Match is set. Baltimore Ravens won the AFC Conference while San Francisco 49ners won the NFC Conference. Both teams are based on running the ball and having good defense. For those who don’t know, two head coaches for this Super Bowl are brothers. Each team has a similar blueprint with hard nose football. Lately both teams have had explosive offenses. Which team will you root for this Super Bowl?
Those who have not been following football until now have two weeks to do research to find out about each team. The Miami Deep Sea Fishing crew from Haulover Marina wants to know which team you’re rooting for. Crewmembers each have their own individual input about how the game will be played out. Some people who are rooting for Baltimore Ravens are running off an emotional high for Ray Lewis. Future Hall of Fame Linebacker Ray Lewis announced that he would be retiring after this season. His team wants to win it all for his last year of playing football. Last Super Bowl for Baltimore Ravens was over 10 years ago. Like many players, Ray Lewis took his first Super Bowl for granted as he won it at a young age. Ravens have been a strong team over recent years as they have been playoff contenders over the last 5 years. There is also the 49ners that have made a huge turn around over last 2 years. Two years they hired a new coach and before that they were average at best.
This game will be one to remember as both offenses are explosive and defenses are fearsome. This game will be an entertaining one to say the last. Miami Deep Sea Fishing crewmembers from Haulover Marina want everyone to have a good time this Super Bowl weekend regardless what team they are rooting for.
Posted by Captain Stan Saffan at 2:04 PM