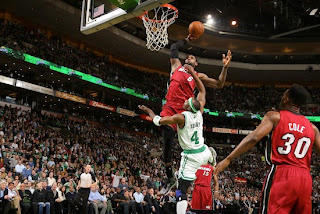 Last night the Miami Fishing charter and everyone in South Florida witnessed Miami Heat’s 23 straight win. This was an amazing win against our archrivals the Boston Celtics. The team has had our number during regular season as they have beaten us 10 games in a row. It’s been even longer time since we have beaten Boston at home. Celtics are a team that plays well at home as they were on an 11 game home winning streak. Something had to give as two winning streaks were going head to head. Boston has been incredible lately as they were the biggest threat to the Heat’s streak in a while.
In the beginning of this game, everything was clicking for the Boston Celtics. One of their role players who were starting had a career day where he scored 43 points. For a while it seemed that all of Boston’s shots were falling while ours were missing. Fortunately throughout this streak and season we have shown resilience in the second half, especially the fourth quarter. At one point we were down by as many as 17 points. The gap closed towards halftime to show that we had a fighting chance that night. Big shift of momentum occurred when Dwayne Wade stole the ball, passed it to Mario Chalmers and he passed it to Lebron James for him to dunk of Jason Terry. Everyone in the local media is pronounced the “death” of Jason Terry due to being dunked on so badly by Lebron James.
Towards the end of the game, Miami Heat was coming back in the game and eventually gained the lead. Less then 30 seconds left of the game where Lebron had to score in order to secure the lead, he pulled back and hit the game-winning jumper. After a couple defensive plays it was official, Miami Heat won their 23 straight game which happened to be against their arch rival Boston Celtics. Miami Deep Sea Fishing from Haulover Marina charter wants everyone to celebrate and enjoy this moment, GO HEAT!!
Posted by Captain Stan Saffan at 10:02 AM