The Miami Heat are On Fire!! 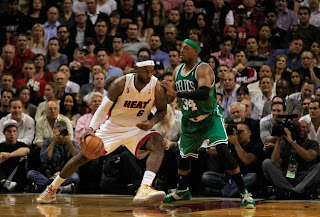 The THERAPY-IV Miami Fishing charter wants you to continue your support for the Miami Heat. Twenty games in the row Miami Heat have won as we are on an amazing winning streak! Miami Heat is now tied for the second longest winning streak in NBA history. It’s unbelievable how well everyone is working together from starters to the role players. Do not take this for granted as we are witnessing history right now. Tonight the Miami Heat is facing their archrival the Boston Celtics.
The Celtics have been on an amazing run lately as well since they lost their star player. Now matter well or poor the Celtics are playing, it’s always a competitive game with them. Game tonight will be in Boston where it is tough for any team to play. Continue to show your support whether it’s going to the games, watching it on T.V. or listening to it on the radio. Fans from all over are joining as our team has some of the greatest players in the world. Miami Heat has been a successful franchise for years and will continue to be following this run. We are aiming for that 33 game winning streak which is the NBA record.
More importantly the city of Miami and Miami Heat are aiming for another NBA Championship. When it’s all said and done, championship is all that matters. What’s great about all this winning is that we are learning to win in all ways possible. There are many games in which the Miami Heat have had to come back from a deficit. The THERAPY-IV from Haulover Marina wants you to show your support during and after this amazing run. Join us, as we will be rooting for the Heat once again against the Boston Celtics.
Posted by Captain Stan Saffan at 7:21 PM