White Hot Miami Heat Getting Ready for the Playoffs 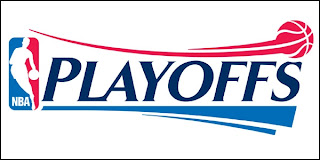 Regular season is finally over as our Miami Heat had the best record in the NBA. More wins than any other team by a great amount. First time in Heat history as our team led the league in wins. Many records were broken this season including most wins in a season in franchise history. During the season our team had an amazing 27 game win streak. This win streak was a NBA best this year, only second in history. Streak was the longest in Heat history. Miami Deep Sea Fishing crew wants to briefly celebrate all accomplishments made in the regular season as the playoffs are days away.
Every year we have been getting better as the Big 3 have been learning to play together more and more. Bench players all have a specific role that they excel in. Not one player plays selfishly or attempts to overdue what they are capable of. Our team has three point shooters, hustle players and great defenders. Lebron James had another season in which he is a top candidate for most valuable player. James was top in the league in scoring, steals, field goal percentage, rebounds and assists.
There is not one thing that Lebron does no exceed in on the floor. Critics of Lebron have been running out of material, as he has been clutch all season long. Playoffs are coming soon as this is where legends are made. Our team is the #1 seed for the first time in Heat history. All the regular season success does not mean anything without success in the playoffs. Miami Heat are looking to defend their championship and join a rare class of franchises who have won back to back championships. Let’s continue to show support for our Miami Heat throughout the playoffs as we are here from Haulover Marina.