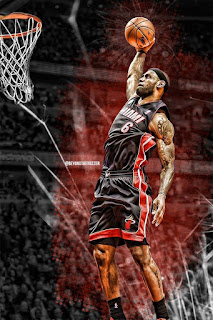 Deep Sea Fishing in Miami charter is excited that the big game is finally here that we have all been waiting for after a six-day layoff. Miami Heat will be playing against another competitive rival the Indiana Pacers. The Pacers are a heated rival to the Heat who play great basketball against our team. This year the Pacers went 2-1 against the Heat this regular season. Last year the Indiana Pacers were up 3-2 in a playoff series against the Heat before coming back to win the series. Indian Pacers play a physical game with big men across the entire roster. Our opponent is great with rebounds and is the best against 3-point shots.
Miami Heat are not known for their rebounds and have great 3 point shooters. Indiana Pacers are a great match up against the Heat as they excel where the Heat are not strongest. Miami Heat is one of the smaller teams in the NBA as center Chris Bosh is really a power forward. The Heat are lacking a true center like Roy Hibbert who is 7’2. Fortunately Chris Bosh plays great basketball against Roy Hibbert by using his athleticism. This year the Pacers are playing without their leading scorer Danny Granger. Now the Heat have Chris Bosh healthy who was not available to play the entire series last year against the Pacers.
Eastern Conference Finals should be a fun and competitive match up to watch between two great teams. Our Miami Heat is looking to be in three NBA Finals in a row while winning back-to-back championships. First two games will be at home as the Heat are looking to take home court advantage. The THERAPY-IV encourages everyone to continue showing your support for our team. Those who are going to the game should show up on time to set the tone all game long.