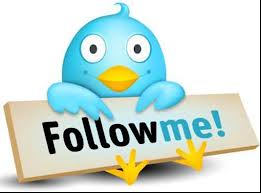 Miami Deep Sea Fishing charter is inviting you to follow the THERAPY-IV on Twitter. For those who are not familiar with Twitter, this network is one of the largest social media in the world. Members of this social media are from all over as having an account is for free. Many businesses, celebrities and other have their own Twitter accounts. Twitter is a social media where members freely express themselves in 140 character messages. These messages generally explain what is on that user’s mind at the moment. A lot of members enjoy using Twitter when they are on the go.
This social media only has words so that the feed is not crowded with pictures. Members of Twitter can interact with each other through posts and messages. The network is used to find another audience that resides in Twitter. Miami Sailfishing charter has had a Twitter for almost a year as they already have over 1,000 followers. These followers are updated from posts on Twitter and post redirected from Facebook. Great amount of information can be found, especially from the THERAPY-IV. Twitter has become a useful tool for businesses to expand to another media platform and find a new audience of people.
The THERAPY-IV seeks to find more people that would be interested in some Miami Sailfishing trips. Pictures are posted through links so that people who enjoy pictures. If you already have an account, be sure to follow us on Twitter. Those who do not have an account yet should get one, as it’s quick, easy and most importantly for free. Have access to a great amount of information from the THERAPY-IV, celebrities, other businesses and many more. Twitter is a user-friendly social media that will keep you busy while you’re on the move. Show your support for the THERAPY-IV by following us on Twitter.