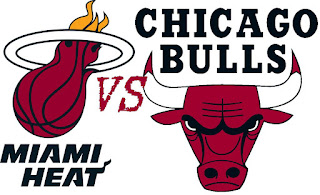 After all the waiting the second round of the NBA Playoffs is about to begin for the Miami Heat. To
Recently the Bulls won a Game 7 in Brooklyn without some of their best players. Those of you who follow the Heat religiously remember how they snapped our great winning streak. The streak that the Heat were having was historic for franchise and NBA. This series will not be about revenge for that loss but it will be a factor. Chicago Bulls are like any other team that is an obstacle between the Miami Heat and NBA Championship.
Miami Fishing crew has been keeping you updated with the ups and downs of this franchise. This local fishing charter is a proud supporter of our Miami Heat. THERAPY-IV boat proudly waves a Miami Heat flag for everyone to see. We know the Bulls will not make it easy on as they save their best basketball for us. Miami Heat are looking forward to the challenge after the long rest. Players such as Dwayne Wade have had time to get healthy for the next series. Layoff is not a concern as this team is well seasoned with veterans who have been there before. Be sure to watch the game tomorrow night as the Miami Beach Fishing charter will be cheering on!

night our local NBA basketball team will be facing the Chicago Bulls. This team has been a rival throughout the years and especially lately. For some reason this team gives us a very good fight regardless of who playing. The Bulls have been playing undermanned without their best player Derek Rose. There is plenty of controversy about his return considering that he has been practicing for two months. Despite the major loss and many injuries along with them this team is formidable.
Posted by Captain Stan Saffan at 10:00 AM