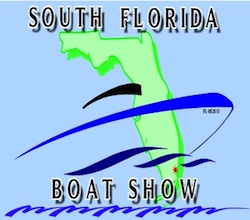 Deep Sea Fishing in Miami charter wants to remind everyone about the 19th Annual South Florida Boat Show this weekend. This event is one of the top boating shows in Miami. Boats featured at the show are worth millions along with accessories for them. Accessories for the boats are made from leading marine manufacturers worldwide. South Florida Boat Show is fun for everyone whether you’re an experienced boater or not. Boat will be located at the Miami Beach Convention Center with FREE ADMISISON. There will be over 100 boats and watercrafts. Hours of the show are from until 8PM today and tomorrow while it ends on at 6PM on Sunday. South Florida Boat Show is going on as we speak. Great way to spend the day with family and friends by checking out these amazing boats in one location. Don’t forget that the Miami Heat playoff game is this weekend as well.
Miami Heat game against the Pacers begins Saturday night at 8:30PM. The Heat has a 3-2 lead in the series and look to end it last night to meet with Spurs in the NBA Finals. Last night’s game was unbelievable as Lebron James led the way with another monstrous performance. Role players stepped up big last night through the game. Hopefully this long series will end Saturday night so we can get rest and prepare for the Spurs. Pacers have been playing great basketball as they have been going blow for blow with our team. Each team has given their best shot against each other as most games have ended with a close score. This is a great weekend to be in South Florida as there is a boat show all weekend long along with the Miami Heat game. The THERAPY-IV crew hopes everyone has a fun and safe weekend.
Posted by Captain Stan Saffan at 2:59 PM