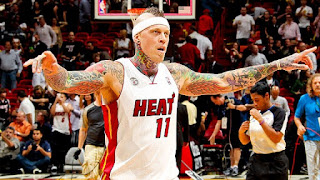 Miami Heat plays their final game this series as they will either advance or drop out of the NBA Eastern Conference Finals. This series has been a dogfight as both team have been trading blows one after another. No team has won two games in a row this series, as the Heat and Pacer seem evenly matched. Many would say that the Heat is beating them more than the Pacers are beating them. NBA ALL STARS Dwayne Wade and Chris Bosh have been struggling this series due to nagging injuries. Some shots are simply not falling as players are taking good decision shots that aren’t making it in.
Pacers are using their size with 7-footer Roy Hibbert and power forward David West who both bullies players with their size. Emerging superstars are emerging for the Pacers such as Paul George as he is letting the world know about him. Lebron James has been stepping it up lately as other players have been struggling. James is showing why he is called the best basketball player in the world. Miami Heat player Lebron James has led his team in scoring, rebounds and assists. Role players have stepped up from time to time, but they are needed tonight.
Miami Heat goes back home tonight to play this final game. Miami Beach Fishing charter wants you to show your full support as much small advantage helps. Heat fans have to be louder than ever before and show why we are #1 fans in the NBA. We need this final push so the Miami Heat can enter NBA Finals for second year in a row. The THERAPY-IV is proudly waving their Miami Heat flag, as we will never stop supporting them. Everyone show up or tune in tonight, as the Heat needs our support!!
Posted by Captain Stan Saffan at 3:58 PM