Celebrating the History of the U.S. Military Purple Heart 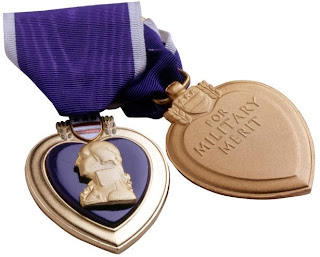 Deep Sea Fishing in Miami charter wants to celebrate and honor the history of the U.S. Military Purple Heart. Most of us already know that the Purple Heart is a prestigious award for U.S. Military members who have been wounded or killed while serving. This award is in name of the President as it is the oldest one that means something. There is the National Purple Heart Hall of Honor that resides in New York in the city of New Windsor.
Originally this award was the Badge of Military Merit that was established by our first president who was at the time the commander in chief of the Continental Army. During our country’s first war, three soldiers only earned Revolutionary War, this award. The date of this event was August 7, 1782 as we are only days away from it’s 231st anniversary of this prestigious award. From this point on the legend as well as the award itself grew over time. For a while this award was not given again until after the First World War. Throughout the years there have been many changes to this award of in terms of its presentation, label and how it is awarded. Some things did not change as this award is still awarded in name of the President of the United States to any members of the Armed Forces of the United State who had been wounded or killed after April 5, 1917. Purple Heart can include an action against an enemy of our great country as these soldiers fight to serve and protect our freedom. This award is a badge of honor that shows one has put their life on the line for their country. The THERAPY-IV is proud of all soldiers of the U.S. Military, especially those who have received the Purple Heat award.