In Loving Memory of Richard Sharpstein, An All-American Hero 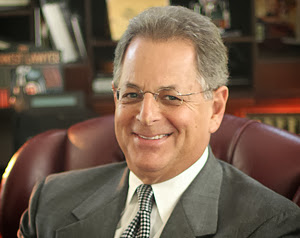 Today we would like to honor one of my very good friends, Richard Sharpstein, who has left us far too early. Known to his friends as one of the kindest, most loving people we’ve ever met, he will never be forgotten.

Richard Sharpstein was a renowned Miami criminal lawyer, recognized as a larger-than-life courtroom figure with a signature gravel voice and engaging personality. Richard was the best at his job, and had handled some of Miami Dade County's most high profile cases in a career that spanned four decades. He focused on white collar criminal defenses, but he tried cases across a wide range of crimes including civil fraud, civil rights violations, and cases involving corporate executives, politicians, and other public figures.

"I admired Richard as an attorney and later as a judge when he appeared in front of me," former Third District Court of Appeal Chief Judge Juan Ramirez, Jr. wrote on the Daily Business Review website. "He was colorful but ethical and trustworthy. His arguments were well thought out and incisive. As a human being, he was a great guy. We will miss him."

Services for renowned Miami criminal lawyer Richard Sharpstein will be held Sunday on Miami Beach. The funeral will take place at Temple Beth Sholom, 4144 Chase Ave., at 1:30 p.m. His law firm, Akerman Senterfitt, announced the creation of a donation bank in his honor, the Foundation for Criminal Justice. 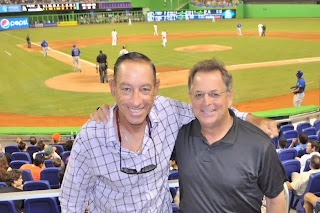 The THERAPY-IV offers our condolences to his family and all those who cared for Richard. His memory will live on in the hearts of those whose lives he touched.

Now, just a glimpse into a wonderful life gone too soon:

Posted by Captain Stan Saffan at 10:59 AM