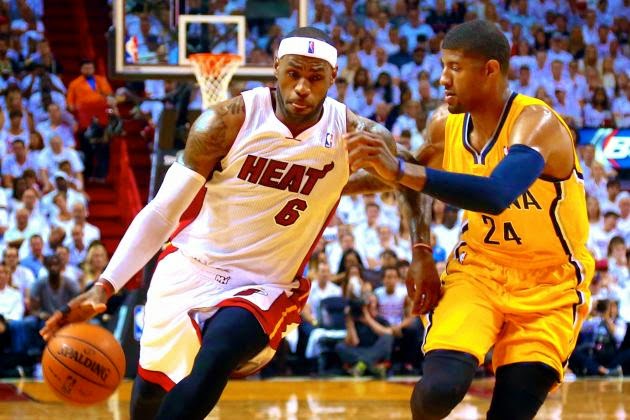 Tonight could mean the Heat advancing to the NBA Finals, and the excitement is palpable. After a very close Game 5, the Pacers managed a victory that earned them another chance to get through. Since then, the Miami Heat have been trying to regroup and gain the focus needed for tonight’s game.

Heat coach Erik Spoelstra almost never holds a practice the day after a road game, especially when the team plane lands around 3:30 a.m. as was the case in the wee hours of Thursday morning. However, Spoelstra deviated from the norm on the day before Game 6 of this East title series, not for any one on-court issue but rather so the two-time defending NBA champions could relieve some frustration.

"Clear heads … and to connect," Spoelstra said. "We didn't want to leave it all to tomorrow. There were some things we wanted to go over, and for time's sake, splitting it up was a little bit more efficient." The Heat still lead the series 3-2, and get the chance to close the Pacers out for the third straight year tonight. The game is in Miami, where the Heat have won their past 10 playoff contests.

Almost everything went wrong for Miami in Game 5, and the Heat still nearly won. James shot just 2 for 10 in 24 minutes, and got his fifth foul with 8½ minutes left in the third quarter, with the Heat leading by eight. Miami went scoreless on nine of its first 12 possessions after James checked out and the Pacers used that stretch to build a five-point lead, the margin eventually reaching seven when George connected on a 3-pointer at the third-quarter buzzer.

Down by as many as 11 in the fourth, Miami had a chance to take the lead in the final seconds, but Chris Bosh's 3-pointer bounced away. And with that, the Heat started the process of turning the page to tonight, when they could punch their fourth straight ticket to the NBA Finals.