An Ex-Dolphins Player Endures A Long Swim to Safety 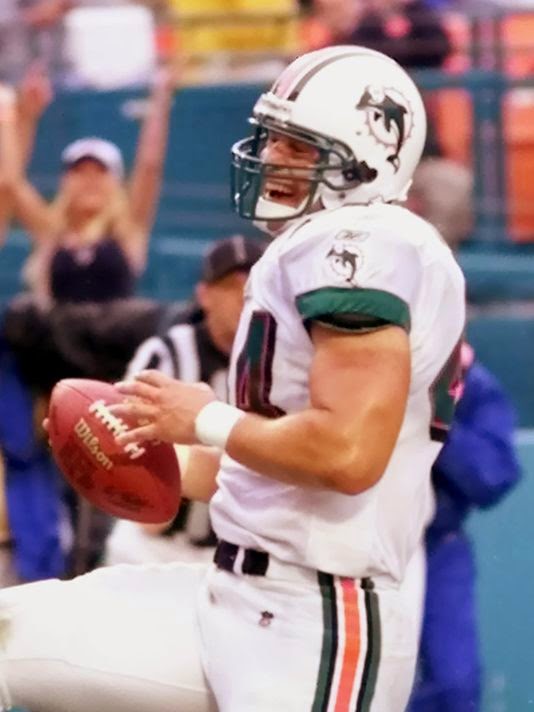 Rob Konrad, a former Miami Dolphins fullback, has quite a story of survival to tell that began when he fell of his recreational boat while he was nine miles offshore.

After, Konrad fell, he remained in the water while rescuers failed to see him as he was forced to escape jellyfish and a circling shark, before he was able to reach the shore.

At a news conference, Konrad said "I'm grateful and thankful to be here," while still shaken up and showing physical signs of the situation that had him hospitalized.

On Thursday, January 8th, Konrad was on his boat to take it to get serviced and put the boat on autopilot, while he was casting a line at around 12:30 pm, when a fish hit the line and the boat was hit by a big wave during which Konrad went overboard and at miles out, the boat on autopilot was heading east to the Bahamas.

Konrad is from New England and he has experience in the water, so he knew that he could get hypothermia after a few hours and started swimming while he thought about his wife and two young daughters.

He ended up swimming for 16 hours and he recalls going through two different possibilities to get rescued. One of these opportunities was a recreational fishing boat that was about 50 yards away, he tried to get the attention of the boat, but it was not possible. He also saw a Coast Guard helicopter that was searching in the water, the helicopter came right on top of him and shined lights on him, but failed to see him.

After that, he realized that he would have to swim all the way to shore and he washed up 27 miles from where he had gone into the water at around 4:30 a.m. on Friday. He says that his mind was certainly tested during this time.

We at the THERAPY-IV are very glad to hear that Rob Konrad lived to tell this story of survival in such a dangerous situation.

At the THERAPY-IV, our crew will support you every step of the way while you go Miami Deep Sea Fishing. For a Miami Beach Deep Sea Fishing Charter Boat, contact us at (305)945-1578.
Posted by Captain Stan Saffan at 9:11 AM