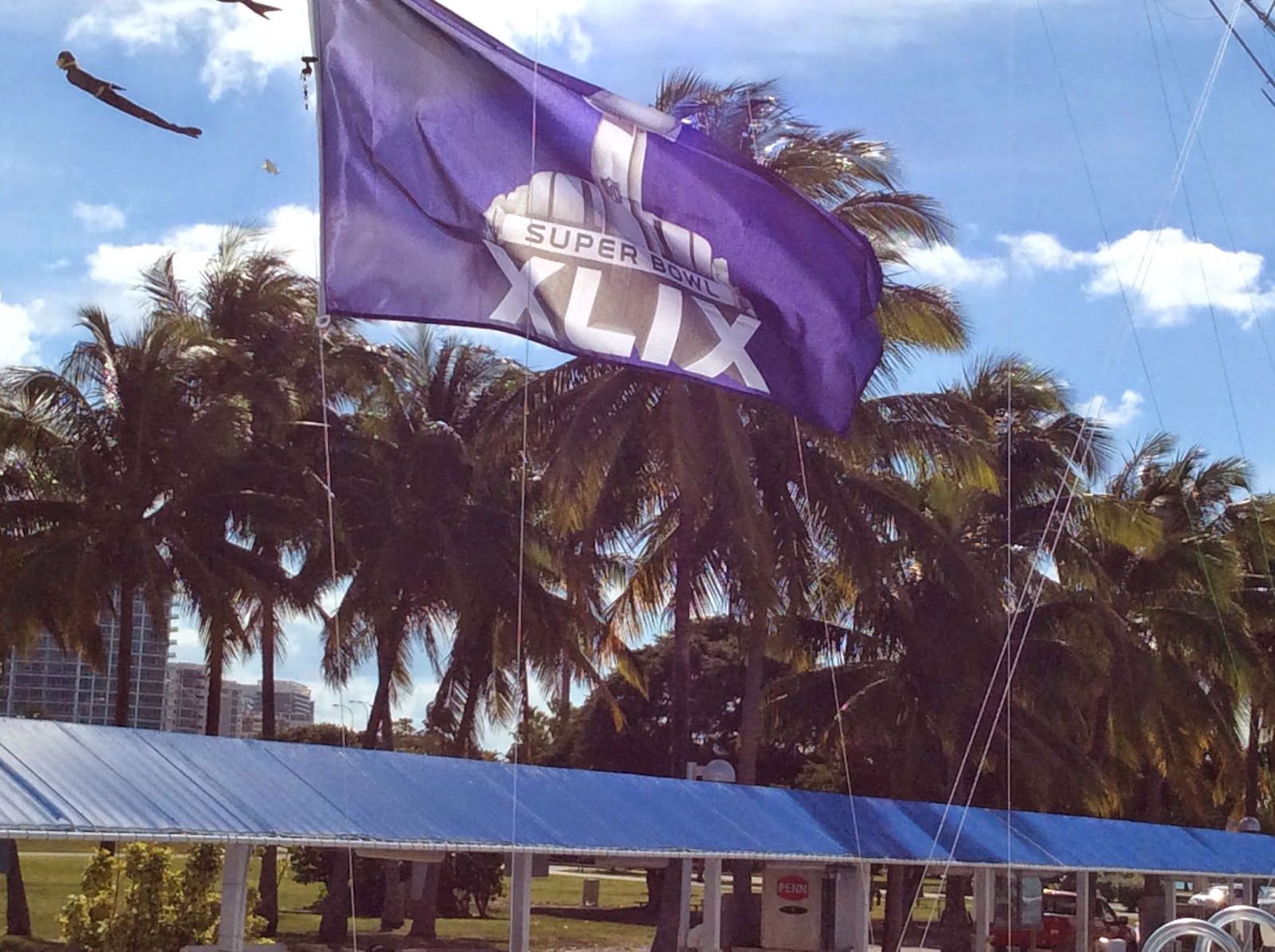 THERAPY-IV's Captain Stan and Miami Beach Deep Sea Fishing crewmembers cannot wait until this Sunday. Sunday is the day we have all been waiting for, Super Bowl Sunday! The Super Bowl this year will air this Sunday at 6:30 PM on NBC at the University of Phoenix Stadium. This year’s match up is between the Seattle Seahawks and the New England Patriots.

Both teams were counted out in the beginning of the year but are now at the final game. Plenty of big names of watch play this Sunday between Tom Brady, Marshawn Lynch, Richard Sherman, Rob Gronkowski and many more. History will be made as Seattle Seahawks can be one of the few teams in NFL history to win back-to-back Super Bowls. The New England Patriots are looking to expand on their legacy as they have already been to 5 Super Bowls since 2000. Tom Brady and Bill Belichick are already one of the best quarterback and coach tandem in NFL History, winning another Super Bowl will help make that claim. Both teams have identical records at 14-4 but their paths for the big game were much different. There are so many things to look forward to on Super Bowl Sunday between the match up, commercials, BBQ and gatherings to watch the big game. Viewers from all over the world will be watching whether they are Patriots fans, Seahawks fans, NFL fans and even non-NFL fans.

This Sunday will be an entertaining match up, as both teams tend to have close games that come down to the wire. These Miami Deep Sea Fishing charter boat crewmembers will be watching the big game this Sunday. We hope everyone has a great time with their friends and family while watching Super Bowl XLIX.
Posted by Captain Stan Saffan at 11:24 AM