The THERAPY-IV Wishes You A Happy Earth Day 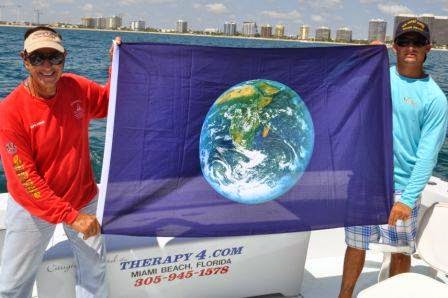 Today marks the 45th annual Earth Day, a global holiday that commemorates the importance of safeguarding our planet. What began as an initiative by a U.S. Senator in 1970 has become an international event celebrated in 192 countries around the world.

Earth Day has its origins in a 1969 U.N. conference in San Francisco, when activist John McConnell proposed a day to honor the Earth and world peace, which he felt should be celebrated on March 21, 1970 – the first day of spring in the northern hemisphere.

A month later, a separate Earth Day was founded by U.S. Senator Gaylord Nelson of Wisconsin, who intended it to be a teach-in that would raise attention to environmental issues. Nelson would later be awarded the Presidential Medal of Freedom in recognition for his work.

Though it began as an American holiday, Earth Day’s national coordinator Denis Hayes decided in 1990 to take it to the global level, organizing events in 141 countries. Over 200 million people took part in recycling efforts, demonstrations, and other causes to raise environmental awareness.

Since its humble beginnings, Earth Day has become an important opportunity to remind ourselves to be stewards of this environment. As the No. 1 Miami Beach Deep Sea Fishing charter for several years running, The THERAPY-IV knows firsthand the beauty of our local and global environment, and works to provide a fun but sustainable way for our customers to enjoy it as well.

We hope you celebrate this Earth Day, if not every day, by hoping aboard our Miami Beach Deep Sea Fishing Charter and enjoying the marvels of nature that we should all seek to preserve. Learn more by contacting 305-945-1578 or info@therapy4.com.
Posted by Captain Stan Saffan at 12:07 PM