The THERAPY-IV Joins the TripAdvisor Hall of Fame 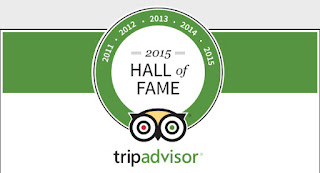 For over four decades, The THERAPY-IV has been committed to giving clients the best Miami Beach Deep Sea Fishing imaginable. That is why we are proud to announce our membership in TripAdvisor’s prestigious Hall of Fame, reserved only for those venues that have consistently earned top ratings from many reviewers over several years.

Having won TripAdvisor’s Certificate of Excellence every year since 2011, The THERAPY-IV has consistently remained the site’s No. 1 activity in Miami Beach. This prestigious Hall of Fame award only further solidifies our dedication to offering the ultimate Miami Beach fishing experience, whether you are a beginner or a fishing buff.

The THERAPY-IV Miami Beach Deep Sea Fishing Charter Boat is crewed by some of the most experienced and talented fishermen in the country, ready and able to accommodate your fishing adventure. Its decked out with large outriggers, a huge flying bridge with a captain’s chair and two fighting chairs, a fishing cockpit outfitted with four fighting chairs, two giant live bait tanks, and a giant transom door – everything a fisherman could dream of!

Beyond all the state-of-the-art fishing gear is a vast assortment of all the comforts you could ever want while out at sea: an air conditioned lounge, bar, indoor theater with stereo and satellite radio, bathroom with shower, fridge and freezer, and much more. There is something for everyone aboard The THERAPY-IV.

Deep Sea Fishing is a Gift for All Occasions! 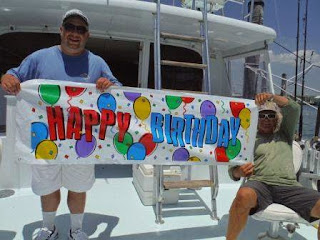 Summer is here, and what better way to welcome all that sun and warmth than an adventure aboard The THERAPY-IV’s state-of-the-art Miami Beach Sportsfishing Charter Boat. If you’re looking for an unforgettable and thoroughly enjoyable gift for just about anyone, consider buying one of our gift cards!

You don’t have to be a fishing aficionado to enjoy The THERAPY-IV. Miami Beach Deep Sea Fishing means playing the pristine waters of South Florida and enjoying stunning views of the skyline, whether or not you want to catch a wide array of unique and interesting wildlife – which includes dolphin, sailfish, kingfish, marlin, barracudas, wahoos, and even hammerhead sharks, and much, much more!

The THERAPY-IV has all the tools, equipment, and know-how you need to hook your dream catch, whether you’re experienced or a first-timer. We have large outriggers for spacing baits apart, a huge flying bridge with a captain’s chair and two fighting chairs, a fishing cockpit outfitted with four fighting chairs, two giant live bait tanks, and a giant transom door – in short, a fisherman’s dream at your fingertips!

The THERAPY-IV’s hi-tech boats offer all the comforts you could ever want: an air conditioned lounge, bar, indoor theater with stereo and satellite radio, bathroom with shower, fridge and freezer, and much more. Crewed by some of the most experienced and talented fishermen in the country, The THERAPY-IV is an enjoyable treat for the whole family. That is why we are the No.1 Activity in Miami Beach on TripAdvisor!

For an unforgettable gift, pay a visit to our Miami Beach Deep Sea Fishing Charter Boat, or contact 305-945-1578 or info@therapy4.com.
Posted by Captain Stan Saffan at 4:44 PM 1 comment:

The THERAPY-IV is Proud to Support a Great Cause 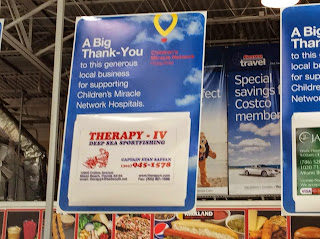 At The THERAPY-IV, our passion for Miami Beach Deep Sea Fishing is matched only by our love of the South Florida community. For over four decades as the region’s leading provider of Miami Deep Sea Fishing services, we’ve backed a number of local causes and events as a show of appreciation the community that has served us so well.

That is why we were honored to team up with Costco to support Children’s Miracle Network Hospitals, one of the leading caregivers for children in need of top medical care. Each year, one in ten kids across North America is treated by this network: that includes 32 million patient visits for 10 million kids annual, 16,000 ER treatments daily, and surgery for 97 children hourly.

Combined with other donors, The THERAPY-IV has helped contribute to the total of over $34 billion in charity care, just in 2012 alone. We are privileged to give back to the most needy and vulnerable in the community – our future generations.

While we have your attention, we’d like to highlight another great cause: South Florida Concierge Association (SFCA), which participated in the 27th Annual AIDS Walk Miami 5K that took place in April. This walk-a-thon is Miami’s largest HIV/AIDS awareness fundraiser, providing funds to help the over 15,000 residents of Miami-Dade and Broward who are infected with or impacted by HIV/AIDS.

Through our sponsorship we also supported the Care Resource and Food For Life Network food bank, which works to prevent new infections, maximize the health outcomes of those infected, and to end the epidemic here in South Florida, which is among the nation’s worst-hit regions.

Please keep these great organizations in mind when looking for a worthy humanitarian cause to support. If you’re ever in the area, pay a visit to our Miami Beach Deep Sea Fishing Charter Boat at Haulover Park, or contact 305-945-1578 or info@therapy4.com.
Posted by Captain Stan Saffan at 2:41 PM No comments: 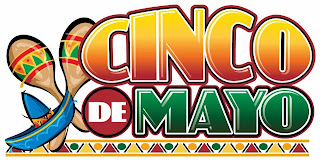 As the No. 1 Miami Beach Deep Sea Fishing charter, The THERAPY-IV never misses out on an opportunity for fun and celebration. Needless to say, Cinco de Mayo, observed annually every fifth of May, is no exception. There is a lot more to this commemoration than drink and revelry – although there is plenty of that to be had across the nation.

Contrary to popular belief, Cinco de Mayo is not Mexico's Independence Day, which falls on September 16th, and remains the country's most important national holiday. Instead, it honors Mexico's unlikely defeat of invading French forces in the Battle of Puebla, which occurred on May 5th, 1862, under General Ignacio Zaragoza Seguín.

France had invaded and occupied Mexico partly over a debt dispute, but mostly to fulfill the imperial ambitions of French Emperor Napoleon III (the nephew and heir of Napoleon Bonaparte). France a leading power at the time, and at one point even had the backing of the Britain, Austria, and Spain.

So the fact that Mexico was able to mount such a resounding victory became an understandable cause for celebration. Mexican forces had been under-equipped and numbered only about 4,000 – half of their French opponents.

Though France ultimately won the war and occupied Mexico until around 1867, when they were finally overthrown by Mexican revolutionaries, Mexicans remained proud that they were able to hold their own and eventually win their freedom.

Despite all this, Cinco de Mayo is not a big holiday in Mexico, except in the Puebla region where the battle was fought. In fact, it is far more popular in the United States, where it originated among Mexican-American communities in the 1860s, namely in California. The holiday soon caught on across the country, becoming a celebration of Mexican heritage, cuisine, and culture – and an opportunity to drink and party. In this regard, it is not unlike the role St. Patrick's Day plays for Irish heritage and culture.

In recent years, Cinco de Mayo has become popular in other countries, including Australia, Canada, France, the United Kingdom, Japan, and other countries. As a reflection of the holiday's largely American roots, most foreign celebrations often invoke American culture and/or other Latin American heritages.

We hope you celebrate this Cinco de Mayo, if not every day, by hoping aboard our Miami Beach Deep Sea Fishing Charter and enjoying all the amenities it has to offer. Learn more by contacting 305-945-1578 or info@therapy4.com.
Posted by Captain Stan Saffan at 4:56 PM No comments:

Get Ready for the 141st Kentucky Derby Race this Saturday! 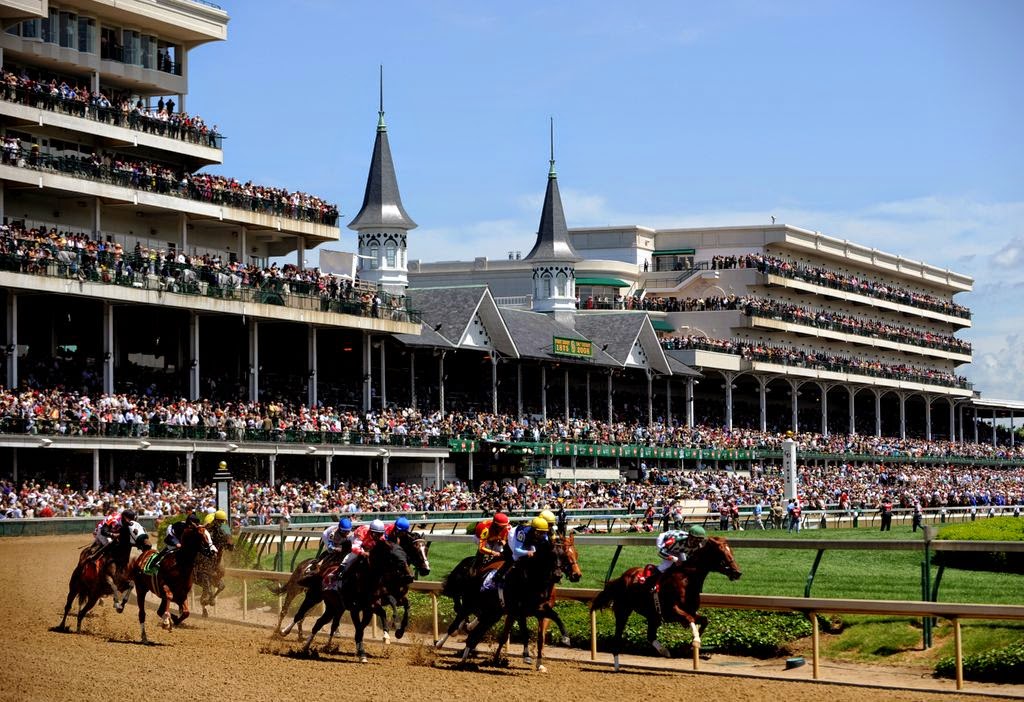 The $2 million-guaranteed Kentucky Derby is having its 141st race this Saturday, May 2nd, at the legendary Churchill Downs racetrack in Louisville. The most popular stakes race in North America, it gathers only those 20 horses that have scored the highest overall points after 35 races across the nation.

With that in mind, it goes without saying that these competitors will represent the top of their game. Of them all, American Pharoah is widely cited favorite, with 5-2 odds despite his No. 18. post. Having won four starts by a combined 22 1/4 lengths – including an eight-length victory in the Arkansas Derby – he has a lot going for him.

Another favorite is No. 8  Dortmund, whose undefeated six starts includes a victory in the Santa Anita Derby. Like American Pharoah, he was trained by Bob Baffert, who has three ace wins under his belt.

The No. 2 post is occupied by the widely favored Carpe Diem, who has one at various distances and ranks among the fastest horses in the race.

Although American Pharoah has it comparably tougher than its runners up – only Gato Del Sol has one from that position, in 1982 – he has the advantage of being ridden by Victor Espinoza, responsible for winning last yea’s Derby on California Chrome (No. 5).

No. 20 won’t be a slouch either, as it will be occupied by the appropriately named Far Right, ridden by 2005 Derby winner Mike Smith.

It is worth keeping in mind that the No. 5 and No. 10 slots have each had nine Derby winners with the No. 1 and No. 8 having eight winners each. That leaves a lot of different viable contenders for victory.

Needless to say, The THERAPY-IV will be actively engaged in what will no doubt be an exciting race. Did you know you can watch the Derby, and pretty much anything else, aboard our Miami Beach Deep Sea Charter Boat? That is because our award-winning Miami Deep Sea Fishing charter is equipped with the latest comforts and amenities, in addition to top-notch fishing and angling gear.