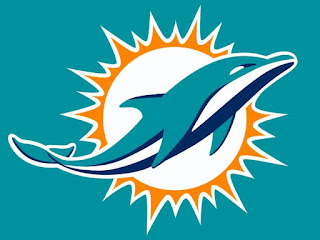 Joe Philbin's time with the Miami Dolphins was short-lived, and after the team's three straight losses a few weeks ago, his tenure with the team was not looked upon favorably by diehard Fins fans, with many calling for his ouster. His replacement Dan Campbell is only beginning to get his feet wet and has a lot to prove, but he's already off to a good start.

Under Dan Campell's guidance, the Miami Dolphins achieved a second consecutive win by crushing their opponents the Houston Texans with a score of 44-26 despite being considered overmatched. With this latest success, Dan Campbell has achieved the distinction of being the first midseason replacement coach to guide a team to a score of 82 points in his first two games in five decades.

During the game against the Houston Texans, quarterback Ryan Tannehill also made news after achieving an NFL record of 25 consecutive completions, eighteen against Texans and the other seven against the Tennessee Titans. His feat breaks the previous record set by Donovan McNabb of the Philadelphia Eagles.

The Fins will face their toughest competition yet when they face off against the undefeated Patriots tonight in Foxboro, Massachusetts.

THERAPY-IV, a Miami Beach deep sea charter fishing boat service, brought this update to you. This charter provides all of their clientele with a high-end deep sea fishing experience. With their luxury yacht, exceptional customer service and experienced and professional Captain and crew, visitors can rest easy, they will not only have a memorable fishing experience but will also have the pleasure of visiting the best spots off the coast of Miami and Biscayne Bay. To schedule a trip or to learn more about Miami deep sea fishing, contact 305-945-1578.
Posted by Captain Stan Saffan at 9:26 AM