Miami Heat Starts the Season with a Win 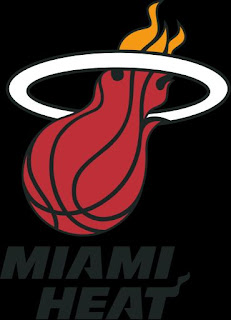 Three-time NBA champions the Miami Heat started their season on a high note, winning the Wednesday opener against the Charlotte Hornets with a score of 104-94. Among the highlights was newly drafted player Justise Winslow, making his NBA debut and scoring two points for the team. Longtime players like Chris Bosh and Dwyane Wade also made their presence felt, scoring 21 and 20 points, respectively. A significant difference with this newly invigorated team is how practically each player contributed to the win, with several players managing to play for at least ten minutes.

Speaking of Chris Bosh, his score of 21 points against the Hornets marked a triumphant return after he was sidelined due to health problems involving blood clots and pneumonia. Bosh was in splendid spirits, gesturing to his Magic City fans and thanking them for their support and well wishes during his absence.

The Heat will next be up against the Cleveland Cavaliers on Friday as their second season opponent. Whether their successful season opener continues, we'll have to wait and see, but signs suggest the team is more focused this season and has the championship set in its sights.

THERAPY-IV, a Miami Beach deep sea charter fishing boat service, brought this update to you. This charter provides all of their clientele with a high-end deep sea fishing experience. With their luxury yacht, exceptional customer service and experienced and professional Captain and crew, visitors can rest easy, they will not only have a memorable fishing experience but will also have the pleasure of visiting the best spots off the coast of Miami and Biscayne Bay. To schedule a trip or to learn more about Miami deep sea fishing, contact 305-945-1578.