Get Ready for Super Bowl 50 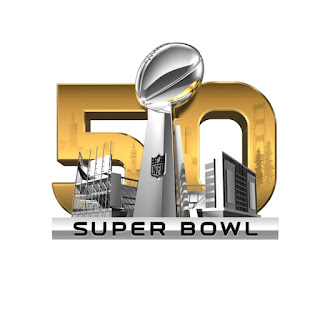 Get ready, everyone!  Super Bowl 50 is this Sunday and will see the Carolina Panthers face off against the Denver Broncos at Levi's Stadium in Santa Clara, California.  Besides the main event beginning at 6:30 pm on the CBS network, the halftime show will be headlined by seven-time Grammy award-winning British rock band Coldplay joined by singer Beyoncé.

Though the televised game isn't until the evening, coverage begins early at 11 am Eastern time with various Super Bowl-related programming including Super Bowl: Before They Were Pros and Phil Simms All-Iron Team: Super Bowl Edition.  If you can't sit down to watch the game on television, you can also stream it live on CBSSports.com website or through various apps and platforms including Chromecast, the CBS Sports Channel on Roku, XBOX, or AppleTV.

All eyes will be on Broncos quarterback Peyton Manning and Carolina Panthers middle linebacker Luke Kuechly who has reportedly been studying Manning's previous games to provide better defense.  The Denver Broncos have had to deal with several injuries in the past which should make for an interestingly competitive game.

THERAPY-IV, a Miami Beach deep sea charter fishing boat service, brought this update to you. This charter provides all of their clientele with a high-end deep sea fishing experience. With their luxury yacht, exceptional customer service and experienced and professional Captain and crew, visitors can rest easy, they will not only have a memorable fishing experience but will also have the pleasure of visiting the best spots off the coast of Miami and Biscayne Bay. To schedule a trip or to learn more about Miami deep sea fishing, contact 305-945-1578.
Posted by Captain Stan Saffan at 12:13 PM