Get Ready for Jingle Ball 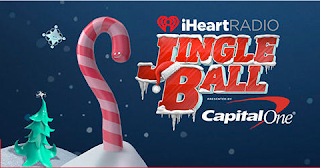 Depending on how long you’ve lived in Miami, you’ve either listened to or are familiar with the radio station 100.7 FM, better known as Y100. “Miami’s Hit Music Station” is known for its annual Jingle Ball, featuring some of the most popular musical acts making waves on the charts as well as up and coming talent.

This year’s iHeartRadio 2016 Jingle Ball is taking place at the BB&T Center in the city of Sunrise on December 18th. Some of the acts that have already been announced include singer-songwriter Charlie Puth, American girl group Fifth Harmony, and singer-songwriter Daya, perhaps best known for her appearance on the song “Don’t Let Me Down” by The Chainsmokers.

One of the more established acts also expected to make an appearance is Grammy Award-winning producer and DJ Diplo. Among his many contributions, Diplo may be best known for the hit single “Where Are Ü Now”, a collaboration with electronic music producer Skrillex featuring vocals by Justin Bieber.

Tickets for the 2016 Jingle Ball go on sale at noon October 17th. Additional musical acts set to make an appearance will be announced on the 11th.

THERAPY-IV, a Miami Beach deep sea charter fishing boat service, brought this update to you. This charter provides all of their clientele with a high-end deep sea fishing experience. With their luxury yacht, exceptional customer service and experienced and professional Captain and crew, visitors can rest easy, they will not only have a memorable fishing experience but will also have the pleasure of visiting the best spots off the coast of Miami and Biscayne Bay. To schedule a trip or to learn more about Miami deep sea fishing, contact 305-945-1578.
Posted by Captain Stan Saffan at 10:49 AM