Relive the Thrill of ‘Jaws’ on the Water 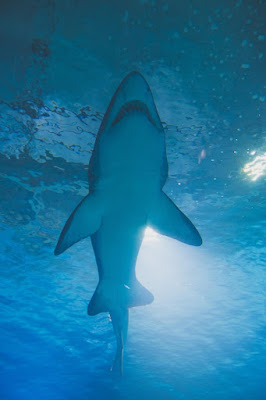 Back in 1975, a young man in his late twenties would go on to direct a movie that would singlehandedly scare tons of people from ever going back into the ocean. That director is Steven Spielberg and the film was titled Jaws. Based on the novel of the same name released a year prior, Jaws told the story of a massive great white shark terrorizing a local resort town.
Jaws went on to become the then highest grossing film of all time and is considered one of the greatest films ever made. While it may seem tame by today’s standards, the film cemented its place in history as one of the greatest films ever made and it was even selected by the Library of Congress for preservation in the United States National Film Registry. Tons of people remember the iconically terrifying opening scene.
If you have yet to see Jaws or are a fan of the film, you’ll be able to watch it on the water on the 28 and 29th of this month at Oleta River State Park in North Miami Beach. The film will be shown on a large inflatable screen and you’ll be able to watch it on an inflatable tube or on the beach in case you want to stay dry. Admission is only $15.
THERAPY-IV, a Miami deep sea fishing boat service, brought this update to you. This charter provides all of their clientele with a high-end deep sea fishing experience. With their luxury yacht, exceptional customer service and experienced and professional Captain and crew, visitors can rest easy, they will not only have a memorable fishing experience but will also have the pleasure of visiting the best spots off the coast of Miami and Biscayne Bay. To schedule a trip or to learn more about shark fishing in Miami Beach, contact 305-945-1578.