An Unlikely Individual Develops a Passion for Tarpon Fishing 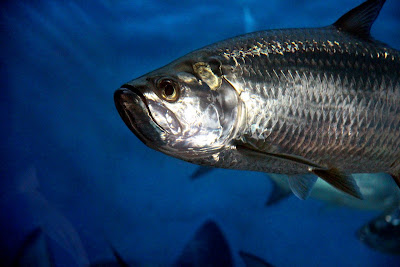 Today we’re doing things a little differently and sharing the story from the 1980s. It was during this decade when Miami gangster Bobby Erra became a well-known name. When he wasn’t busy with his underworld activities, he was passionate about racing boats. However, this racing came to an end after a not so pleasant accident. Because of the accident, he decided to turn to fishing where he became a fan of catching Bluefin tuna.

After Bluefin tuna became near impossible, Erra turned his attention to fly fishing and began the hunt for tarpon, becoming a huge fan. His interest in tarpon fishing was at least partially inspired by a man named Flip Pallot. Pallot would provide Erra guidance for several seasons before he decided to move on to other endeavors. By this time, Bobby Erra had developed an obsession with fishing for tarpon which proved tricky due to the injuries he sustained during the boat racing accident.

There is a lot more to this story which can read about by visiting this link. However, it does serve as another example of how fishing can enamor people from all walks of life and, in the case, of Bobby Erra, from eyebrow-raising backgrounds.

THERAPY-IV, a Miami deep sea fishing boat service, brought this update to you. This charter provides all of its clientele with a high-end deep sea fishing experience. With their luxury yacht, exceptional customer service, and experienced and professional Captain and crew, visitors can rest easy, they will not only have a memorable fishing experience but will also have the pleasure of visiting the best spots off the coast of Miami and Biscayne Bay. To schedule a trip or to learn more about Miami fishing, contact 305-945-1578.