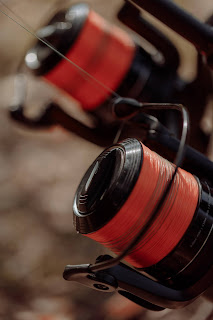 The Blue Marlin is one of the biggest fish in the world. They can grow to be more than 12 feet long, and some have been recorded at a whopping 2,000 pounds. The largest recorded catch in Florida was for a catch of 1,046 pounds in Panama City! They also have a long lifespan, with female Blue Marlins living up to 20 years, while males live up to ten years.

These fish are very agile and very fast, using their upper jaws to catch other fish. Their bill differs from other marlin fish since it is round and pointed versus flat and blunt.They can reach speeds of up to 68 miles per hour in the ocean!

Blue Marlins have a diet of other fish and squid and hunt their prey solo during the day.

The best method to catch this stunning species is trolling, but catching one can be a challenge. While they are some of the largest fish around, the ones off the coast of Miami are typically 500 pounds or less. Could you imagine hauling one into a boat?

Blue Marlins live off the coast in the deep waters of the Atlantic Ocean. They are in season from March to October, and the best time to catch them is in April and May. Just in time for your next deep sea fishing adventure!

Interested in Miami deep sea fishing? Come aboard the THERAPY-IV! We set sail daily and have plenty of opportunities for marlin fishing in Miami Beach. Call us at 305.945.1578 or visit us online to book an appointment.